Is constructivism a movement, a style, or an approach?

The constructivists themselves positioned their work within the frame of the approach, but not the style. Many years later, researchers will highlight this issue, saying that constructivism has the characteristics and features of style. Well, for the present, we will adhere to the "official" line. Constructivism represents an avant-garde approach that developed in the 1920s and early 1930s, with major effects on all areas of design and art.

The term "constructivism" appeared in the literature for describing a rational-logical basis the literary work should be based on.

Constructivist architecture aroused from the revolutionary tide and positioned itself as an ideology. Ideology is enduring and viable only due to the existence of the consumer. Therefore the primary task of constructivism was to create a so-called "New Man" through the establishment of a new communist way of life. Constructivists used architecture to "construct life", organizing the environment under the principles of the new socialist rules. To expand their activities, constructivists tried to enter all spheres of human culture, establishing a new social system through the shaping of a new constructive person.

Constructivists believed that the visual perception of the building should be primarily connected with its functional purpose and social content, rather than with symbolic meaning or abstract composition.

Constructivism was grounded on the idealized idea of design and construction feasibility. But feasibility is not to be confused with utility because the utility does not mean feasibility. For example, constructivists rejected art because of its impracticality: it has consistently been and remains too elitist. It is a passive contemplation that depicts reality but does not shape it.

Constructivism is active, it is not only depicting reality but also shapes it. It is inherently dynamic. Time and Movement became an essential means of space shaping. The shapes were influenced by geometric simplicity, and the architectural composition became asymmetrical and dynamic. For constructivists, architectural activity was scientific and technical work aimed at designing and constructing the subject-spatial environment.

The constructivist architecture was aimed to contrast with such pre-revolutionary styles of the "bourgeois classes" as eclecticism and modern.

In the 1920s and 1930s, Kharkiv was the capital of the Soviet Ukrainian Republic with a rapidly developing industry. Kharkiv became both a research laboratory and a testing ground for the embodying of new ideas.

Along with constructivism, such movements as revolutionary romanticism, art deco, and authentic Ukrainian architecture emerged in Kharkiv. All this existed side-by-side.

That is why we have identified six styles to describe the stylistic features of each building. 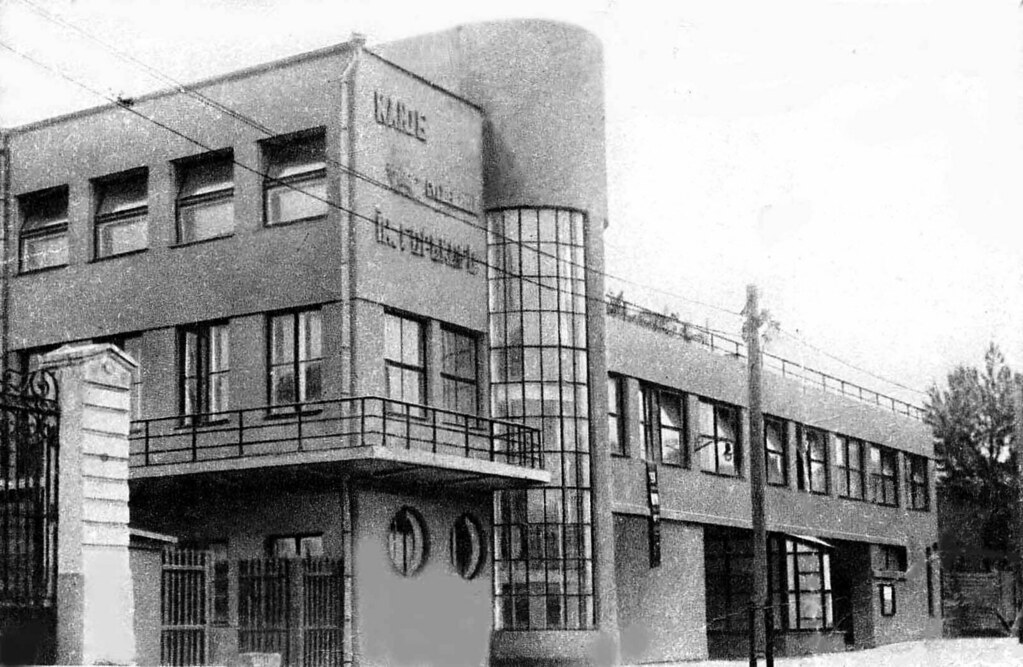