In the Soviet Union, the term "social city" gained two meanings: a socialist city, — a settlement, which inhabitants supposed to build communism, and a social city — a human settlement.

On the territory of Ukraine, so-called social cities were established in Kharkiv, Zaporizhia, Kryvyi Rih, and Kyiv. These settlements emerged in the early 1930s. At that time, the city in the long-held understanding did not meet the requirements of industrial life, so the construction of "new cities" began. As a rule, social cities were built at a distance of about 10 km from the “old city.” These settlements were monotowns for such new city-forming enterprises, as the Dnieper Hydroelectric Station in Zaporizhzhya and Tractor Plant in Kharkiv.

These new cities were meant to become "proletarian centers" to accommodate workers. Those people worked together and lived together in the high-rise buildings. They all were subordinated to trade unions and the local cell of the Communist party. Therefore, the entire population belonged to one or another group, assigned to the territorial authorities. As a result, the control of the population was comprehensive. 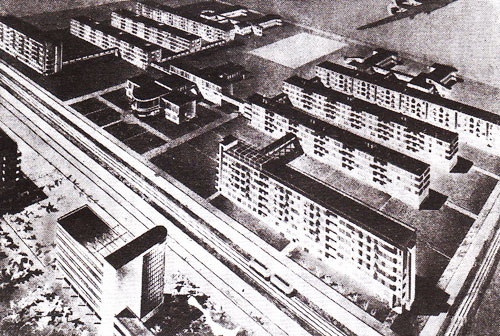 The socialist city had another mechanism of livelihood than the capitalist city. All kinds of private enterprises were liquidated. As a substitute, a centralized system of distribution of products and services had been developed. The quantity and capacity of baths, laundries, factories, kitchens, canteens, hospitals, schools and kindergartens were scrupulously calculated. These calculations determined the number of residential buildings, the number of schools, kindergartens and household facilities that would be included in this urban space. Such settlements were aimed to facilitate the life of the employees and maximize their involvement in production. The kitchens were unprovided in the apartments; they were replaced by canteens. Instead of individual showers, the public baths were built. The buildings in such settlements had to be connected by a system of passages, so its inhabitants could meet all their needs without going outside; they should even take their children to daycare without putting coats on. Due to a lack of funds, the system of passages was partially implemented only in Zaporizhya.

Almost a hundred years later, we can already consider the pros and cons of the social city. Undoubtedly, such urban formations contributed to the development of modern types of settlements and the creation of comfortable urban space. But they were also marked with the total centralization of human life and forced socialization. 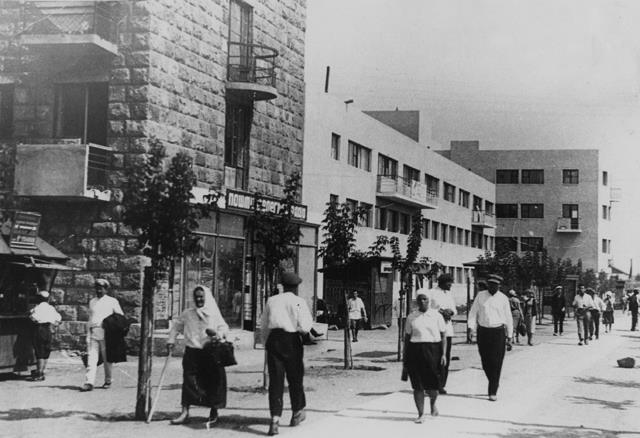