The October Revolution of 1917 created a demand for new architectural forms that would propagate the communist ideology. The architects started searching for those contemporary forms and the new meaning of architecture.

Constructivists abandoned previous experience but revolutionary romantics, as opposed to them, searched for inspiration in the different styles and movements of world architecture. Among those style diversity, it should be noted that one of those movements was based on Ukrainian folk architecture and maintained the traditions of Ukrainian architectural modern.

This is one of the brightest architectural movements that emerged in the early twentieth century. It adapted forms of a traditional Ukrainian house, enriching them with features of European Art Nouveau and Ukrainian Baroque. One of the most characteristic features of this style is the hexagonal shape of the windows or portals, and high tent roofs that resemble the roofs of authentic Ukrainian houses. Colored majolica, floral and geometric ornaments were widely used as Art Nouveau decor.

Among the architectural objects that can be attributed to this style are the so-called "Red Banker", the building of the People's Commissariat of Labor, and residential buildings of the workers' settlement.

In Kharkiv, there are many buildings of 1920-1930s influenced by different styles, with elements of other movements.That is why we have identified six styles to describe the stylistic features of each building. 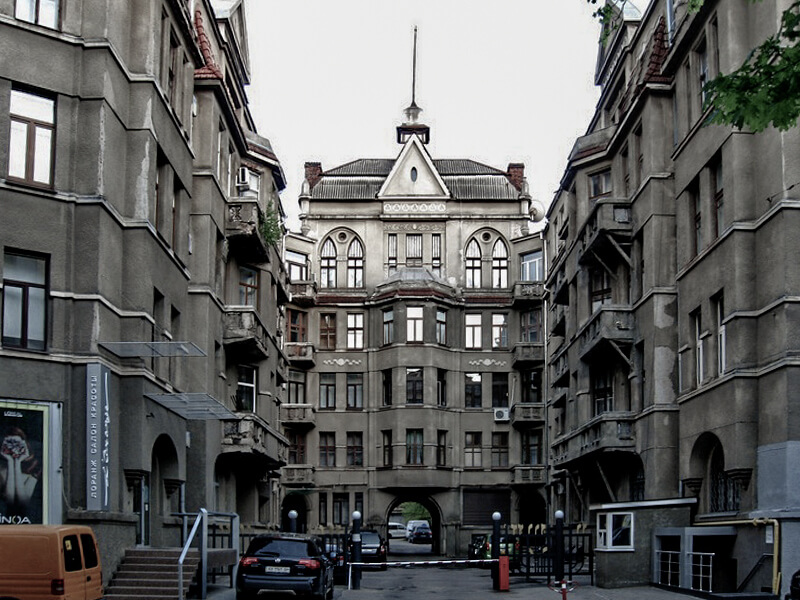